I decided to do the Camp NaNoWriMo July session, even though I previously tried (and bombed) in April. I’ve found in past years that July isn’t quite as busy for the family as the rest of the summer seems to be. So, I picked up the novel, dusted it off, and went back to the beginning.

I had a good start, but pretty soon lagged behind on my word count. There’s still so much world building to do! I’ve been getting great ideas, though, which has kept the plot moving. It’s just that pesky internal editor who gets in the way most days, as well as a borked OpenOffice on both my laptop and my desktop. No one has given me a straight answer at the support forums other than “use .odt”, which I refuse to do. Not too fond of proprietary formats that I can’t share with friends who have other software. So, I’ve switched over to Scrivener. Haven’t done much fooling around with all the bells and whistles yet, but I’m liking it so far. I have the 30 day trial on the desktop and the Camp NaNoWriMo version on the laptop. I think, if I reach my goal–and it looks like I will–I’ll buy it. Reaching my goal means I get it for half price! 🙂

Though goals are flexible for Camp, I went with the traditional 50K. After floundering with that OpenOffice problem and spending a couple of days just goofing off, I’ve really picked up the pace! Right now I’m a day ahead of the word count. That’ll change at midnight, when I’ll be just over the day’s goal. My intention is to keep at least a day ahead. Easy right now as I’m sliding into stuff I’ve had in my head but never have put down on virtual paper. The visuals are there and becoming more and more defined as I continue. Some pretty horrific stuff, too–the vampires have shown up and so have the dragons. There’s a grand plan to kill off one of my MCs; just need to shape up how and when this will happen. I’ve got an idea for a sixth group of elvenkind, one which is far friendlier to the humans than any of the other five.  (I really need to flesh out that fifth group!)

Still tons to do! For the first time, my extended family has had to listen to me groan and complain (or boast!) about the novel. My oldest niece has been asking me questions about it, which is a real switch! I’ve got some decisions to make about self-promotion, too. Never to early to think about that!

Well, back to the book! I’ll crosspost here from my livejournal from now on (also to my new tumblr). Later, y’all! 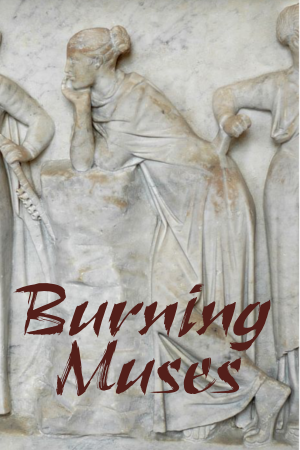